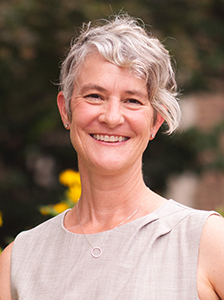 Dr. Elizabeth S. Haswell’s research group aims to identify the molecular and cellular mechanisms by which land plants perceive force, with a focus on mechanosensitive ion channels. Their work has been published in Science, PNAS, Development, and Current Biology, and has been funded by NSF, NIH, NASA, and the Gordon and Betty Moore Foundation. Dr. Haswell was awarded an NSF Early Faculty Career Award in 2012, and in 2016 was named an HHMI-Simons Faculty Scholar. Liz is a Reviewing Editor for The Plant Cell. She is the Research Director of the NSF Science and Technology Center for Engineering Mechanobiology, and serves on the North American Arabidopsis Steering Committee, the Multinational Arabidopsis Steering Committee, and was elected to the AAAS Council in 2018. She is an advocate for science communication and for an academic culture that values sustainability, diversity, and authenticity. She is a co-host of the Taproot podcast, which is now in its third season. 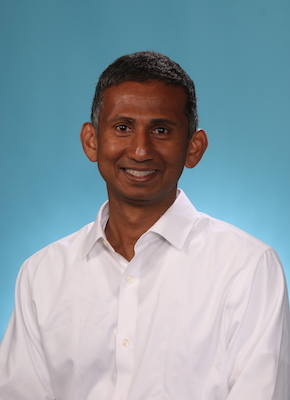 Dr. Amarasinghe is a professor at Washington University School of Medicine in St Louis. He received his Bachelor of Science degree in Chemistry from the City College of New York in 1997. From the summer of 1994 through fall 1996, Dr. Amarasinghe also worked as a Research Assistant in the laboratory of Professor David Cowburn at the Rockefeller University in New York where he gained a keen interest in mechanisms that control signal transduction. Dr. Amarasinghe conducted his thesis studies with HHMI Investigator Dr. Michael Summers at the University of Maryland, Baltimore County where he characterized the structural basis for HIV-1 genome packaging by nuclear magnetic resonance based methods. From 2001-2007, Dr. Amarasinghe conducted his postdoctoral research at the University of Texas, Southwestern Medical Center at Dallas, to study signaling and structural dynamics in the multidomain Vav proto-oncoprotein under a fellowship from the Cancer Research Institute. Dr. Amarasinghe began his independent research program in 2007 in the Biochemistry, Biophysics and Molecular Biology Department at Iowa State University. At Iowa State University, Dr. Amarasinghe also served as the faculty advisor to the BBMB undergraduate club and the Stupka Symposium. In the fall of 2011, Dr. Amarasinghe moved to the Washington University School of Medicine in St Louis, where he is currently a Professor of Pathology and Immunology, of Biochemistry and Molecular Biophysics, and of Molecular Microbiology. The Amarasinghe group uses hybrid structural methods along with biochemistry, cell biology, and virology to determine how microbial infections impact host signaling.