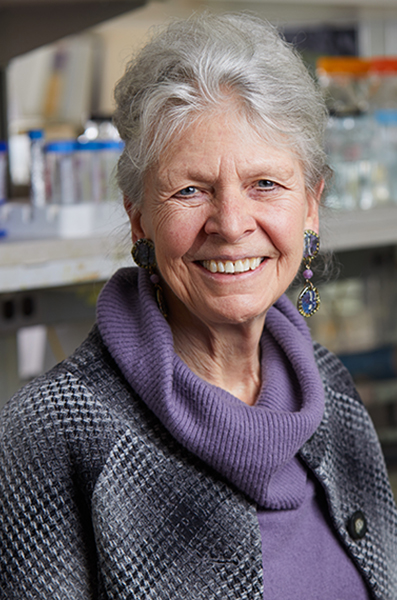 Dr. Joan Steitz earned her B.S. in chemistry from Antioch College in 1963. Significant findings from her work emerged as early as 1967, when her Harvard Ph.D thesis with Jim Watson examined the test-tube assembly of a ribonucleic acid (RNA) bacteriophage (antibacterial virus) known as R17.

Steitz spent the next three years in postdoctoral studies at the Medical Research Council Laboratory of Molecular Biology in Cambridge, England, where she used early methods for determining the biochemical sequence of RNA to study how ribosomes know where to initiate protein synthesis on bacterial mRNAs. In 1970, she was appointed assistant professor of Molecular Biophysics and Biochemistry at Yale, becoming a full professor in 1978. At Yale, she established a laboratory dedicated to the study of RNA structure and function. In 1979, Steitz and her colleagues described a group of cellular particles called small nuclear ribonucleoproteins (snRNPs), a breakthrough in understanding how RNA is spliced. Subsequently, her laboratory has defined the structures and functions of other noncoding RNPs, such as those that guide the modification of ribosomal RNAs, microRNAs and several produced by transforming herpesviruses. 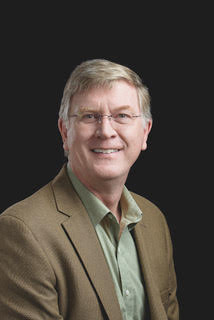 Dr. Craig Pikaard earned a B.S. degree in horticulture from Pennsylvania State University in 1980 and a Ph.D. in plant physiology from Purdue University in 1985. From 1986-1990, he conducted postdoctoral research as an NIH National Research Service Award recipient at the Fred Hutchinson Cancer Research Center in Seattle. Craig joined the faculty of Washington University in St. Louis in 1990 and rose to the rank of full professor in the Biology Department, serving for a time as the Director of the Plant Biology Ph.D Program and as Director of the Monsanto-Washington University Collaborative Program in Plant Biology. Professor Pikaard joined the faculty of Indiana University in 2009, where he holds the rank of Distinguished Professor and Carlos O. Miller Professor, with joint appointments in the Department of Biology and the Department of Molecular and Cellular Biochemistry.

Professor Pikaard has co-organized numerous scientific conferences and serves on the editorial boards of several journals, including PNAS. He was elected a Fellow of the American Association for the Advancement of Science in 2008 and was named an Investigator of the Howard Hughes Medical Institute (HHMI) and Gordon & Betty Moore Foundation in 2011. In 2015, the American Society of Plant Biologists honored Dr. Pikaard with the Martin Gibbs Medal, awarded for pioneering studies that opened up new avenues of research in the plant sciences. In 2017 he was re-appointed as an HHMI Investigator and was elected to the National Academy of Sciences.

Professor Pikaard’s laboratory is known for studies of ribosomal RNA gene organization and expression, RNA polymerase I transcription, and RNA-mediated gene silencing. One focus of the Pikaard laboratory is the epigenetic phenomenon known as nucleolar dominance, a phenomenon in which subsets of nearly identical ribosomal RNA genes are selectively silenced. A second focus concerns the DNA-dependent RNA Polymerases IV and V, which are plant-specific enzymes involved in small RNA-mediated DNA methylation and gene silencing. The Pikaard lab has played a leading role in the discovery and functional characterization of Polymerases IV and V and the pathway in which they function, using a combination of genetics, genomics, molecular biology, cell biology and biochemistry.