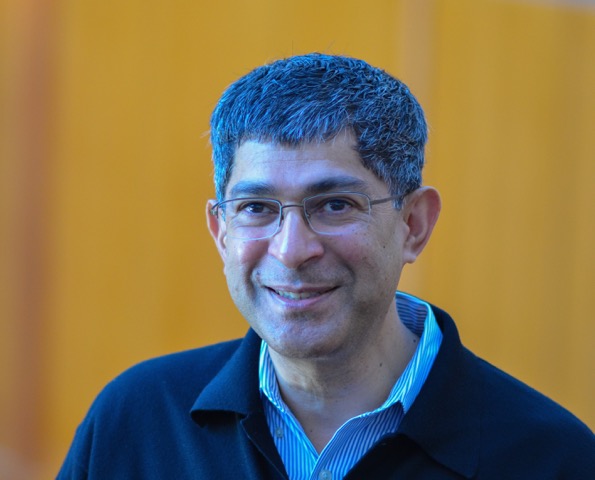 Dr. John Kuriyan earned his PhD in 1986 from the Massachusetts Institute of Technology. He was a post-doctoral fellow with Professors Martin Karplus (Harvard) and Gregory A. Petsko (MIT). From 1987 to 2001 he was on the faculty of The Rockefeller University, New York, where he was promoted to full Professor in 1993. He is a Professor of Molecular and Cell Biology and also of Chemistry at the University of California, Berkeley, a position he has held since 2001. Dr. Kuriyan is also an investigator of the Howard Hughes Medical Institute, having been appointed in 1990..

Dr. Kuriyan’s research concerns the atomic-level structure and mechanism of the enzymes and molecular switches that carry out cellular signal transduction. His laboratory uses x-ray crystallography to determine the three-dimensional structures of proteins involved in signaling, as well as biochemical, biophysical, and cell biological analyses to elucidate mechanisms. Breakthroughs from the lab have included determining the auto-inhibited structures of several tyrosine kinases, including Src family kinases and elucidating the mechanism of allosteric activation of the kinase domains of the EGF receptor. His laboratory has provided a fundamental understanding of the structure and regulation several other signaling proteins, including STATs, the Ras activator SOS, and calcium/calmodulin-dependent protein kinase-II. Their structural insights have helped understand how the misregulation of these enzymes is often coupled to cancer and immune diseases and has implications for the development of kinase-targeted drugs to treat these diseases. His lab has also made fundamental contributions to understanding the structural basis for high-speed DNA replication. 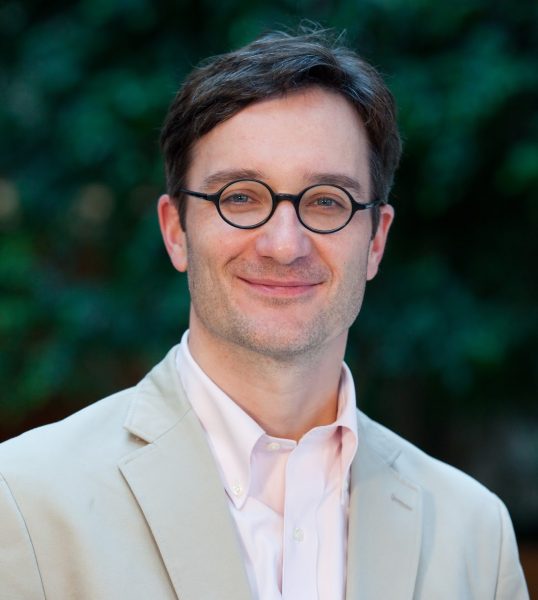 Douglas B. Weibel is an Associate Professor of Biochemistry, Chemistry, and Biomedical Engineering at the University of Wisconsin-Madison. He received his B.S. degree in chemistry in 1996 from the University of Utah (with Prof. C. Dale Poulter). From 1996-1997 he was a Fulbright Fellow at Tohoku University, Japan and studied organometallic chemistry (with Prof. Yoshinori Yamamoto). He received his Ph.D. in chemistry from Cornell University in 2002 (with Prof. Jerrold Meinwald). During his graduate studies he was an intern at Orchid Biosciences Inc. (now LabCorp) and a visiting scientist at the Max Planck Institute for Chemical Ecology, Jena, Germany (with Prof. Wilhelm Boland). From 2002-2006 he was a postdoctoral fellow with Prof. George M. Whitesides at Harvard University and in 2005 he was a student in the Physiology Course (‘Modern Cell Biology using Microscopic, Biochemical, and Computational Approaches’) at the Marine Biological Laboratory at Woods Hole (Course Directors, Prof. Ron Vale and Prof. Tim Mitchison).

Since joining the faculty at UW-Madison 2006, he has received a number of research and teaching accolades, including: the Class of 1955 Distinguished Teaching Award (2014), the Early Career Life Science Award from the American Society for Cell Biology (2013), the NIH Director’s New Innovator Award (2011), a DuPont Professorship (2010-2013), an Alfred P. Sloan Fellowship (2009), the DARPA Young Faculty Award (2009), and a Search Scholar Award (2008). He was a visiting professor of physics at the University of Washington, Seattle and a principal scientist at Amazon.com, Inc. from 2014-2015. He has consulted for a range of public and privately held companies (including Google[X], Cubist Pharmaceuticals [now Merck] and Amazon.com, Inc.) in the areas of biotechnology, bioengineering, chemistry, applied biology, materials science, and manufacturing and has participated in a range of government advisory positions in the areas of biodefense, infectious diseases, and biomedicine. He is a co-founder of two start-up companies: Agri Diagnostics Inc. develops products that improve agricultural yields; Avilas Health Inc. develops quantitative, at-home fertility tests. His research interests span the fields of chemistry, biochemistry, biophysics, materials science and engineering, and microbiology.